T1 Trump is one of the most flavorful and powerful hemp flower strains on the market today.

As quality is the utmost importance to us, we put a lot of time, care, effort and resources into making sure our hemp flower is of a high standard, clean, safe, potent, and rigorously tested for your satisfaction and peace of mind. To learn more about our hemp flower sourcing and testing, check out our main  CBD hemp flower page.

These buds get delivered in recyclable glass jars with childproof lids.

As always, if you are not completely satisfied with any aspect of your T1 hemp flower or you have any concerns or questions, shoot us a message, and we will fix it, or do our best to answer all of your questions. Your satisfaction is our priority, always.

Learn More:
What are Pre Rolls & how are they made?

General Introduction to T1: AKA: Trump 1

T1 is named after the 45th President of the United States. One thing is for sure; it packs a real punch, highly famed for it’s couch-lock effects.
This high CBD strain is often described as “medicinal hemp/cannabis” to differentiate it from industrial hemp, primarily bred for seed and fiber. Absolutely no fake news here!

Distinct mottled hues of browns, greens, yellows & orange. Almost indistinguishable from marijuana. She looks the business and performs as well as she looks. Covered in trichomes, hairy with an abundance of lighter orange pistils. The product photos are of the actual batch on sale; some variations will occur. The second image is the sample sent to the lab. Some super-dense flowers internally, a little open at first glance.

Displaying characteristics from both its parent strains, being heavy on the terpene profile, and real depth, you’ll get fresh hops, spicy cinnamon, with woody pine and a hint of mint too. Really refreshing, sweet, and pungent as you might expect from such lineage.

T1 Trump is the perfect combination of its parent strains. Carrying floral sweetness from the Wife, Skunky with aromatic characteristics of orange citrus, ripe berry followed by earth and wood & pepperiness. T1 has to be one of the most flavorful and complex strains out there.

Keeping you feeling calm and relaxed, suppressing any negative feelings you might be dealing with, layered with focus, concentration, clarity, sense of well-being. T1 will give you a full-body effect, which can result in couch-lock.  T1 is one hemp strain guaranteed to satisfy almost anyone.

Total THC = THCa * 0.877 + d9-THC. Total CBD = CBDa * 0.877 + CBD
LOQ = Limit of Quantitation; The reported result is based on a sample weight with the applicable moisture content for that sample; Unless otherwise stated all quality control samples performed within specifications established by the Laboratory.

A little on the smaller/medium size, some large and small mixed. Well trimmed and quite dense, a little open in areas.

I really enjoyed it! It burned slow and I began feeling the effects very quickly. Definitely will reorder this one!!

Leave your feedback – Scroll Down 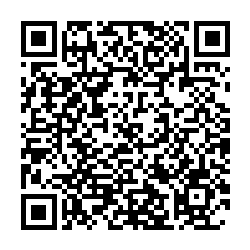 We comply with current existing laws and regulations from hemp sourced from federally licenced farms, supplement labeling regulations to The Controlled Substances Act of 1970. We do not add synthetics or harmful substances to our products. We want to ensure we stay ahead of compliance and regulations before they are released.

This product now has child safe lids. As this is now a legal requirement in some states.

THESE STATEMENTS HAVE NOT BEEN EVALUATED BY THE FDA AND ARE NOT INTENDED TO DIAGNOSE, TREAT OR CURE ANY DISEASE. ALWAYS CHECK WITH A MEDICAL PROFESSIONAL BEFORE TAKING ANY NEW SUPPLEMENT.